is Google Getting Worse?

Google has become the hub for conducting online searches over the past 25 years. Dictionaries describe the act of “googling” as conducting an online search using any means at one’s disposal

Although competitors like AksJeeves and AltaVista are long dead, the combined user bases of existing alternatives like DuckDuckGo and Bing can’t come close to challenging Google’s dominance. Nevertheless, there are some issues associated with switching to a single provider for all of our web search needs.

Google also has a commanding presence in the browser market (Chrome accounts for nearly two-thirds of all browsers) and in online advertising (Google Ads had about 29% of all digital ad spending in 2021). Competition and antitrust regulators all over the world are interested in this combination of browsers, search, and advertising. 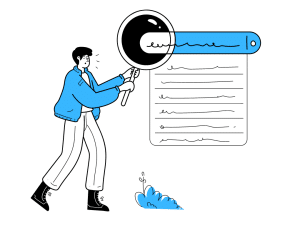 Does Google deliver the desired outcomes? Do we find what we’re looking for in the search engine results (which influence the content at our disposal?)

This issue will be explored in this article. We will consider the different areas where users feel Google is getting worse and see who is right (Google or the users).

The influence Google has is not limited to mere search engine rankings anymore. YouTube, which is owned by Google and has over 2 billion active users every month, is widely regarded as the most popular site for online advertising.

Despite YouTube’s ubiquity in the video-sharing space (as Google is in search), users can choose to bypass advertisements by upgrading to a premium YouTube account. However, very few people pay for the premium service.

This is a common criticism, and it’s a tough one to refute. If you are one of the many who believe that monetization worsens free services, then you can conclude that Google search has gotten worse as the company has refined and broadened its system for monetizing its search engine results pages (SERPs).

Google made about $104 billion from ads on Search Engine Results Pages and other Google sites in 2020. By 2021, it had surpassed Amazon to become one of the most valuable corporations in the United States.

Ads that make use of its search data and pay-per-click results have always been responsible for powering Google’s financial performance.

If you’re feeling down about this reality, take heart in the fact that Google search is still free to use and the organic results are still there, regardless of the density of the paid ads. Google’s search engine results page has a lower ad density than many other ad-supported media, and the ads there are easier to ignore or skip than those in print publications, radio, and television.

Google, unlike these other media, only makes money (or their advertisers are charged) if you click on the paid results (which less than 10% of searchers do, or as few as 2% of all searchers do) rather than scrolling down to the organic results. Every time you skip over one of these annoying ads, you’re turning down a donation to Google’s corporate coffers.

But Google needs money from ads to stay in business, so this part of search and the SERPs is likely to stay and even grow in the future.

This is one of the most baffling criticisms.

This is because SEO experts use Google more often to get the precise results they want than the average searcher.

The countless updates and announcements we bemoan in the SEO and marketing realms are direct reflections of Google’s efforts to improve at promoting relevant, useful content and giving internet users better and more direct answers to what they are searching for.

Most of the other criticisms of Google as a brand, a for-profit company, and the influence it has on society focus on its efforts to enhance relevance and define success around meeting the intent of searchers.

To then accuse Google of showing irrelevant or low-quality results is to undermine all of Google’s good intentions while also undermining its reputation.

Google Does Not Favor Smaller Websites

Google has made it more difficult to get visitors through search, which is bad news if your revenue model depends on ads, affiliates, or visibility.

If all of your site’s traffic used to come from people using Google’s search bar and not from direct navigation, social media, referrals, or any other channels, then Google’s newer SERP features like Rich Snippets and Knowledge Panels may have rendered your site obsolete by providing the information and answers users seek without requiring them to leave Google’s results page.

This effect is also difficult to deny.

Google helps people find content, but it doesn’t always lead people to the websites that host or create that content. A large number of people think this is unfair, and some even think it is outright theft from smaller, local news outlets that produce difficult and expensive content.

This issue has sparked international negotiations, boycotts, threats, and lawsuits.

Are We Tied To Google?

With Google’s massive market share and pervasive presence in our lives, it can be difficult to imagine life without the search engine. However, Google is not the only search engine on the internet.

There is some success with Microsoft’s Bing search engine in the United States, but the company will have a hard time separating Bing from the Microsoft brand.

DuckDuckGo (which also claims to be ad-free and protect users’ privacy) is gaining popularity, perhaps because of its ties to the TOR browser project.

Google may be best known for its search engine, but the company also has a hand in computing devices, AI research and development, autonomous vehicles, healthcare, cloud computing services, and a wide range of home automation gadgets. If we succeed in breaking free of Google’s control over our web searches, we’ll still face a host of new challenges in the future.

Elena is an SEO and Keyword Research enthusiast, Contributes to the blog section, and manages the chat system at 1stpageKWs. She loves spending her precious time with the family.